Transitory Ghosts and Angels in the Photography of Francesca Woodman (2007)

The work of late American photographer Francesca Woodman, produced from the mid- to late-1970s, displays a unique artistic displacement and transformation of ‘feminine’ identity.

In 2003 I was lucky enough to attend an exhibition of Francesca Woodman’s photography from the late 1970s. I believe it was an occurrence of serendipity that I came to enter Edinburgh’s Fruitmarket Gallery and subsequently came to write about Woodman for my thesis. I ran into an old dear friend from Melbourne at the Edinburgh Spiegeltent one night and she described an exhibition so evocatively that I knew instantly it must have been Woodman’s. She told me where the gallery was and I went the next day, where the experience of viewing Woodman’s beautiful, agonised images would stay with me till now. This paper attests that Woodman uses her own body as subject/object to create a sense of fleeting (or serendipitous) femininity that passes between the polarities of presence/absence, woman/ environment, pain/hope and human/corpse, forming a feminist identity that is strategically ‘in-between’ and transient.
The work of late American photographer Francesca Woodman, produced from the mid- to late-1970s, displays a unique artistic displacement and transformation of ‘feminine’ identity. The artist’s exploration of the female body, subjectivity and representation significantly prefigured later feminist art themes and processes, such as those addressed by American women photographers during the 1980s, including Barbara Kruger and Cindy Sherman. (1) Woodman began producing photographs at the age of thirteen, and worked solidly until her suicide in 1981. Born in Colorado, she studied at the prestigious Rhode Island School of Design, and the body of her work was produced in response to school assignments. From her time spent in Rome on scholarship and in New York after completing her degree, she produced an oeuvre that is often described as brief yet powerfully accomplished. (2) Woodman photographically blurred and mutated her body via a deft mastering of prolonged single exposures. In these images, her body traverses dilapidated interiors, is sometimes lodged behind disintegrating scraps of wallpaper, and often appears to move across space despite the static nature of the form, her edges foggy and shifting. 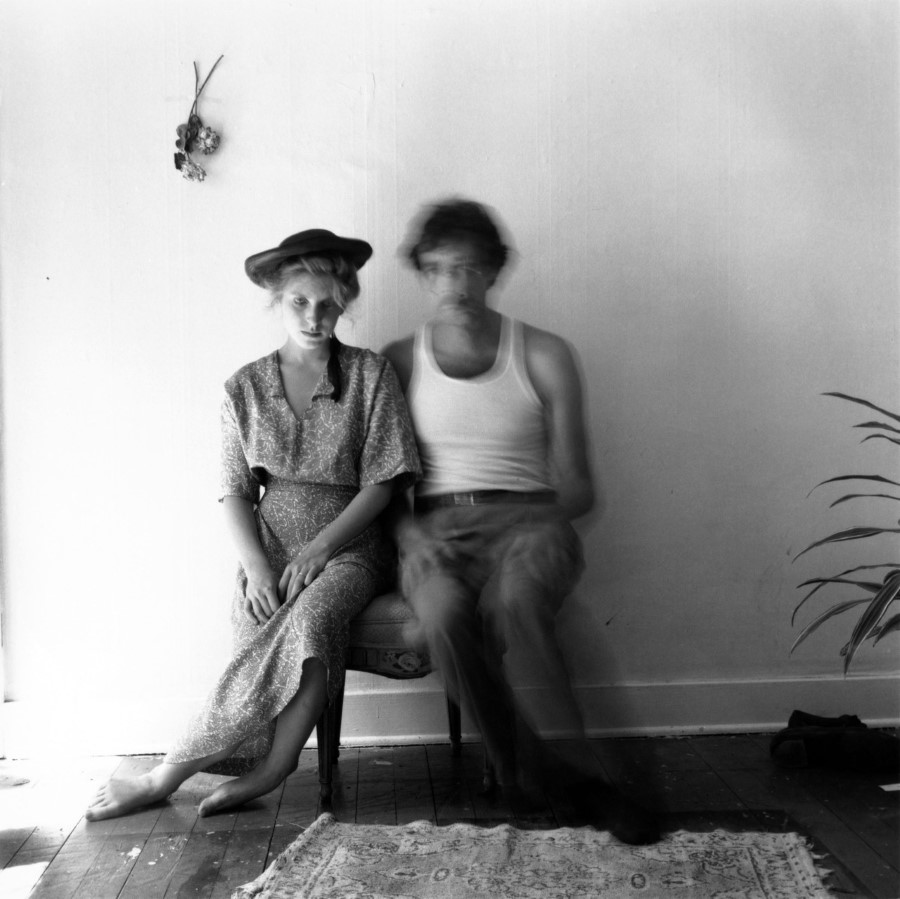